The confirmation of President Florentino Perez, about refusing to let Sergio Ramos to China, further stifled the relationship between the two.

Real Madrid has just closed the poor season, with heavy defeats on the fronts, and underwent three coaching dynasties (Julen Lopetegui, Santiago Solari, Zinedine Zidane). While waiting for the arrival of the new contract Eden Hazard, besides the claims like slapping each other between Zidane and Gareth Bale, another problem arises.

The story comes from the most influential people in the Bernabeu, President Florentino Perez and captain Sergio Ramos. According to El Pais, from two months ago, when not feeling the certainty of Real Madrid’s future, Ramos mentioned to President Perez about the intention to switch to China. He spoke directly to Perez, in his office at the ACS trade group.

Ramos, at the age of 33, has never denied him being seduced by Chinese football. The quality of the tournament may not be high, but the important thing is economics. Sergio directly mentioned that Rene Ramos, Sergio’s brother and representative, and his advisor Julio Senn, had discussions about the breakup, but always received the head shake from the Spanish construction magnate.

“What should I say? That this is impossible. We talked with Chinese partners to bring satisfaction to him. But it is not transferable freely”, Perez stressed. Ramos may leave, but only when the Chinese team offers the most reasonable price.

Ramos’s contract with Real Madrid has a repurchase clause of up to 800 million euros. Real said the acceptance fell to 200 million euros. But this is also an unimaginable number. Can’t spend that much money on a defender who is over 33 years old. In the case of agreeing to negotiate a transfer, Perez certainly requires a low figure, and this is a major barrier for Ramos to China. From 2017-18, Chinese clubs when buying players from 45 million yuan (5.8 million euros), will have to pay to the League with that money. If it is lower, it must be equal to the transfer fee for child training. 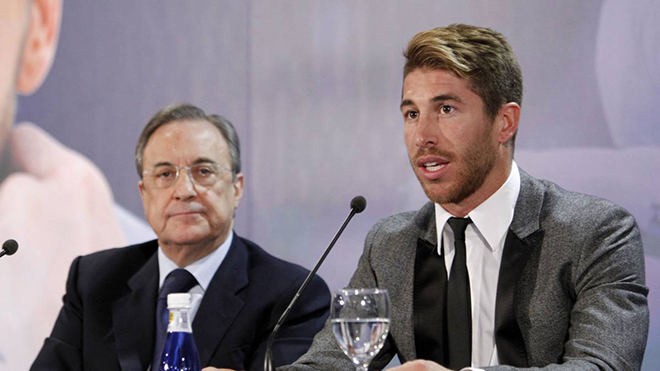 Sergio Ramos is the most witnessed star to be abandoned by Real Madrid. With the exception of Zidane who proactively hung shoes in 2006, legends like Raul Gonzalez and Guti were forced to leave with the back door, meaning leaving Real Madrid in the way of elimination. Later, add Iker Casillas, then Pepe. Most recently, Ramos’ friend Cristiano Ronaldo also had to leave the Bernabeu when he no longer received respect.

Real, with President Perez’s policy, does not intend to increase Ronaldo’s salary. A year ago, Perez said Ronaldo at age 33 (currently 34) had no professional value, so immediately agreed to an offer from Juventus. The Spanish Royal Club collected 100 million euros from CR7, but lost the factor that could score 50 goals each season. This is the premise of the season crisis 2018-19.

In recent years, Perez has not implemented the Galacticos policy. The fact is that Real has high commercial value and revenue, but very low profit after tax. If Barca rivals regularly collect interest and reduce debt, Real’s debt fund is up to 600 million euros – calculated in the season 2018-19. Perez had to mobilize investments within 35 years, through shareholders. 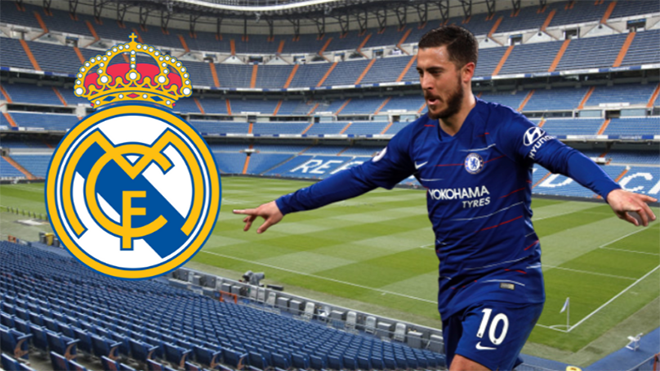 Recently, based on financial activities, UEFA emphasized that Real could only spend up to 100 million euros for the summer transfer of 2019. That means enough to buy Eden Hazard. To have a budget for other targets, Real needs to sell players. Therefore, Perez does not agree to terminate the contract with Ramos. After 14 seasons, fought and did everything he could to bring glory to the club, including a bad reputation, Ramos did not easily leave the Bernabeu. His transfer price is tens of millions of euros.

Real Madrid famously squeezed lemon peel off the shell. For a calculating person like Perez, he wants to squeeze the same value Ramos is such a victim.