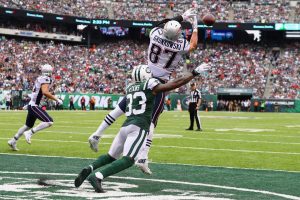 American football enjoys a massive following in North America. Massive collisions and intricate plays make football the spectacle it is. Contrary to popular belief that it is a game of might and power, it is a tactical game. In reality, as you will see in this site, football is a sport easy to follow and enjoy.

The Object of the Game

Football is all about outscoring your opponents. Scoring requires the offensive team to move the ball down the pitch, with the ultimate goal of getting it into the opponent’s ‘end zone’ for a touchdown.

The defensive team is also required to prevent the attacking from gaining ground. Successfully stopping the offensive side from gaining 10 yards after four chances (downs), helps them gain possession, and a chance to score points.

The team that manages to score most points wins the game. In the event the teams have an equal number of points, they are expected to play an additional quarter until one win emerges victorious.

As much football is played mostly in the US, it is popular in other countries, though it is an armature sport in some, this makes it a global sport. Though to a lesser extent, football is also played in some parts of Europe, Asia, Australia, and New Zealand.

There is a lot to learn about Football, whether you are a seasoned fan or a newbie. The articles shared in this site are intended to help you broaden your understanding of American Football. If you have any questions about this sport, you will surely have them answered.