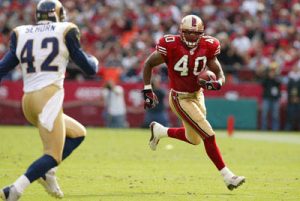 American football, popularly known as football in the US, is a unique sport. This game is all about gaining ground in the opponent’s territory and scoring points. Thus, every time two teams get into the football pitch, each time will fight to win some ground ahead of it. Gaining ground improves their chances of scoring a touchdown or point.

A football game starts by tossing a coin that determines which team receives opening kick in american football. After a successful kick, the two sides have to battle for possession of the ball. Possessing the ball is the only way a team can score points.

A team can take possession in several ways. Here are five main ways in which a team can gain possession:

What it Takes To Win

The main objective of playing football is to move the ball towards the opponent’s goal line and score. A team might also earn extra points through a 2-point conversion, field goals, safety, and an extra point.